Inside the mind of a landscape designer

Home » Blog » Inside the mind of a landscape designer

“So they’re designing an amazing building that the owners will love to be in. But then you go ‘how on earth do we get them into the garden?’”

Founder of Darren Hawkes Landscapes, Darren Hawkes has a string of accolades to his name, including two Gold Medals from RHS Chelsea Flower Show, as well as a Silver Gilt Medal. This month, we ask him to define his role as a landscape designer, explaining where he and his team position themselves within the wider realm of an architectural project, and why landscape design is so fundamental to helping to settle a new building into its environment. 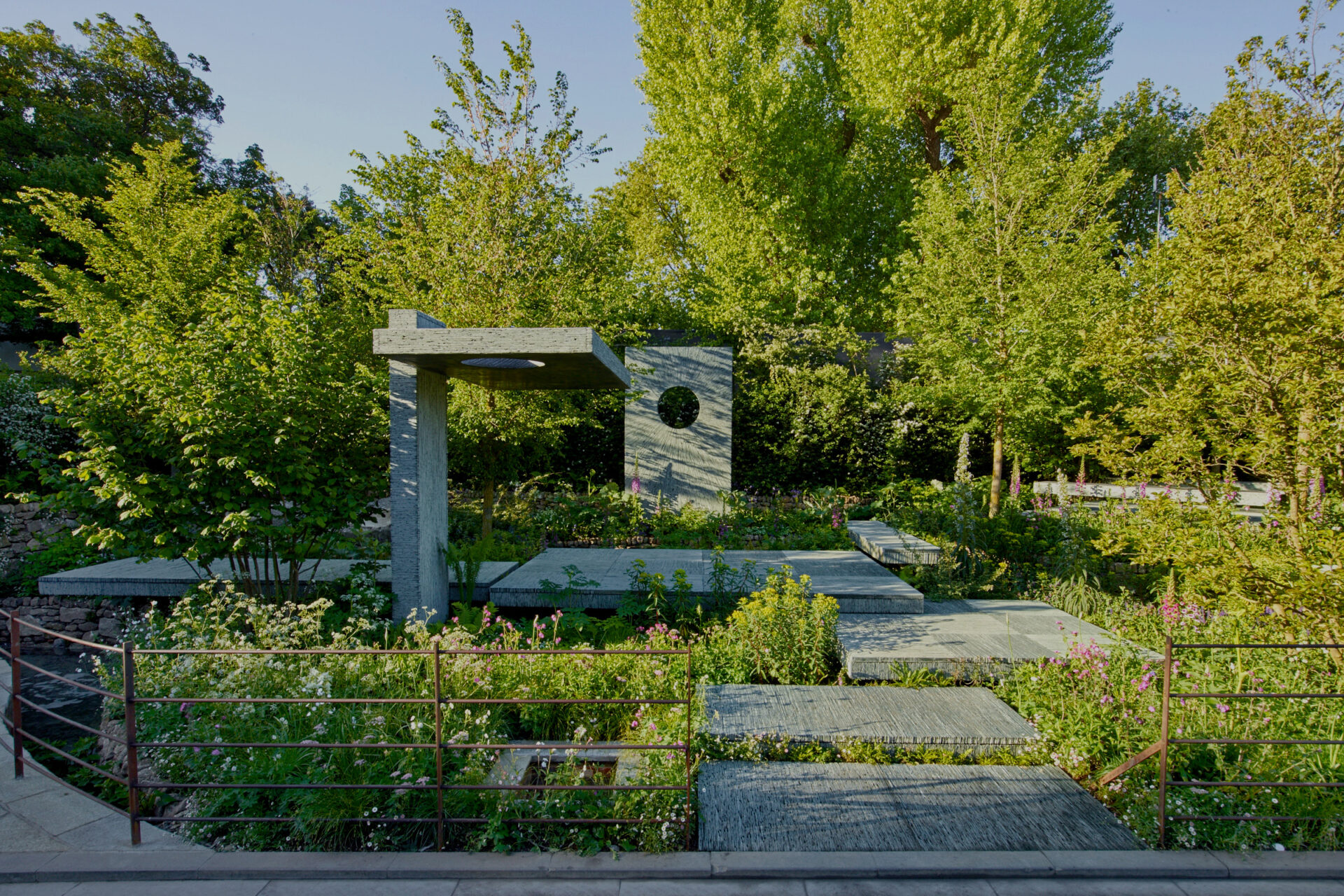 ‘Landscape designer’, he explains, “is an important definition”. His job, in many ways, is to help a new home work in cohesion with its natural surroundings. Whether it’s in a remote or coastal location, or somewhere where there’s lots of land, a landscape designer works to blend the immediate garden into the existing landscape, giving the combined building and gardens a sense of belonging.

But it goes much further than that. There’s a huge amount of functional detail that needs to be considered, and this is ultimately to ensure that a newly built home provides a lifestyle space beyond the threshold. “Clients are looking from the inside out and thinking about how they want to use their outside space. Where are they going to park their car? How can they create quiet spaces for them to sit with family and friends, or on their own? Where can they put the barbeque? How can they ensure privacy from neighbours? There’s a whole list of practicalities that need to be solved, which are mostly to do with scale and topography and come with every job. And it’s a given, as professionals, that we should be able to overcome these problems. But on top of all of this, is the interesting and exciting bit of layering a garden with hard landscape; plants that create that sense of place and character, softening the space and creating excitement.” 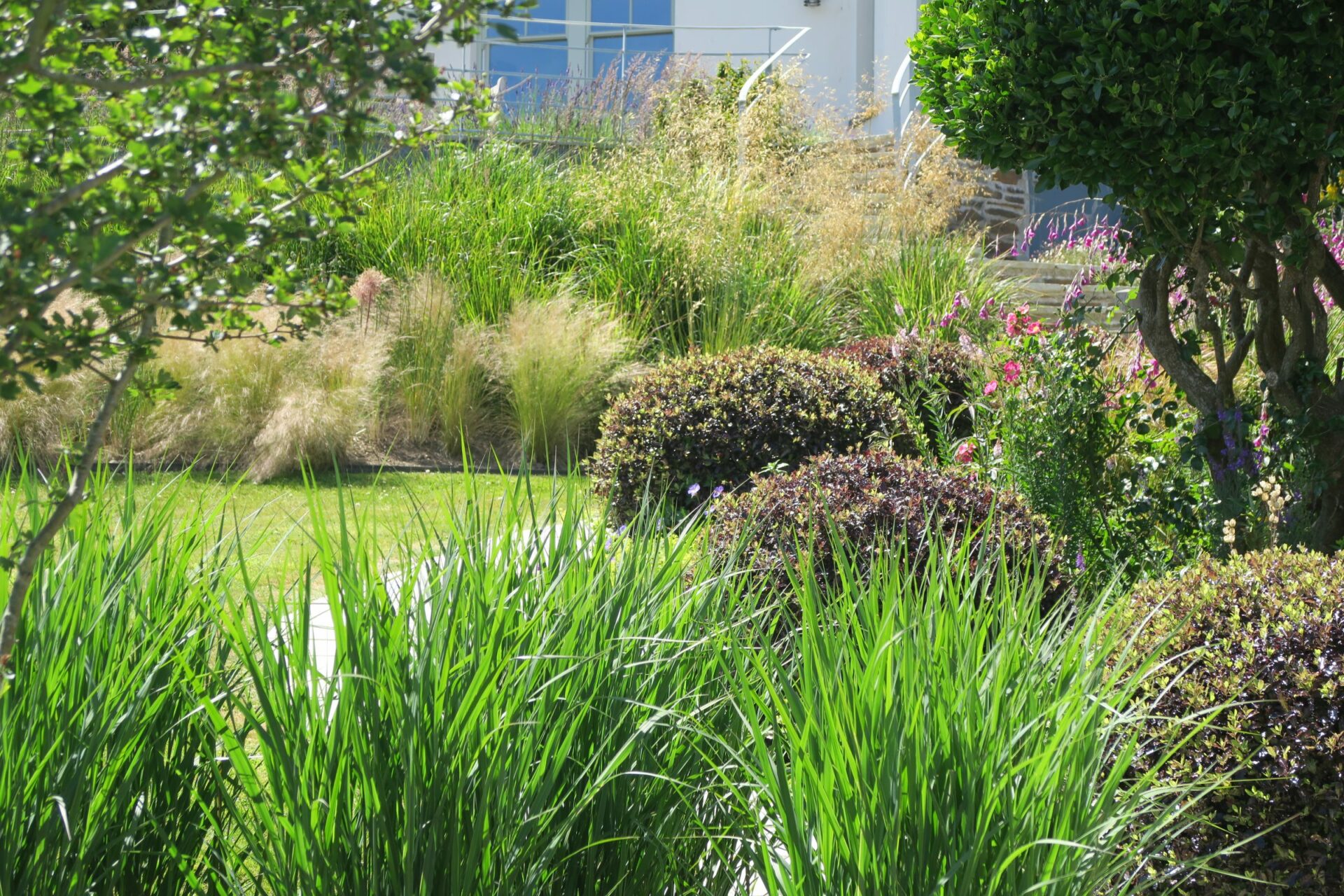 This is where the magic really lies, for Darren: “What I really want the owner to do is engage with the plants that they’re going to pass through and be surrounded by. If I just put the plants in, they will probably just look at them from indoors. But if there’s hammock in a quiet corner where they can go and read a book and fall asleep, under scented honeysuckle or surrounded by two-and-a-half metre tall grasses that veil them from the rest of the world, that experience suddenly becomes transcendental.” Of course, the means by which you can encourage people to go outside can be many and varied – a pizza oven, or a hardstand space to wash their car – but the question that overarches all of this is, in his words, “how can I make you stop and take a breath?”

As a species, Darren is fully aware that we will always prioritise shelter over the garden space outside. “The garden is a luxury, shelter is a necessity,” he says, so no matter the budget, “the garden always comes second fiddle to the house.” So where does the role of a landscape designer come in? 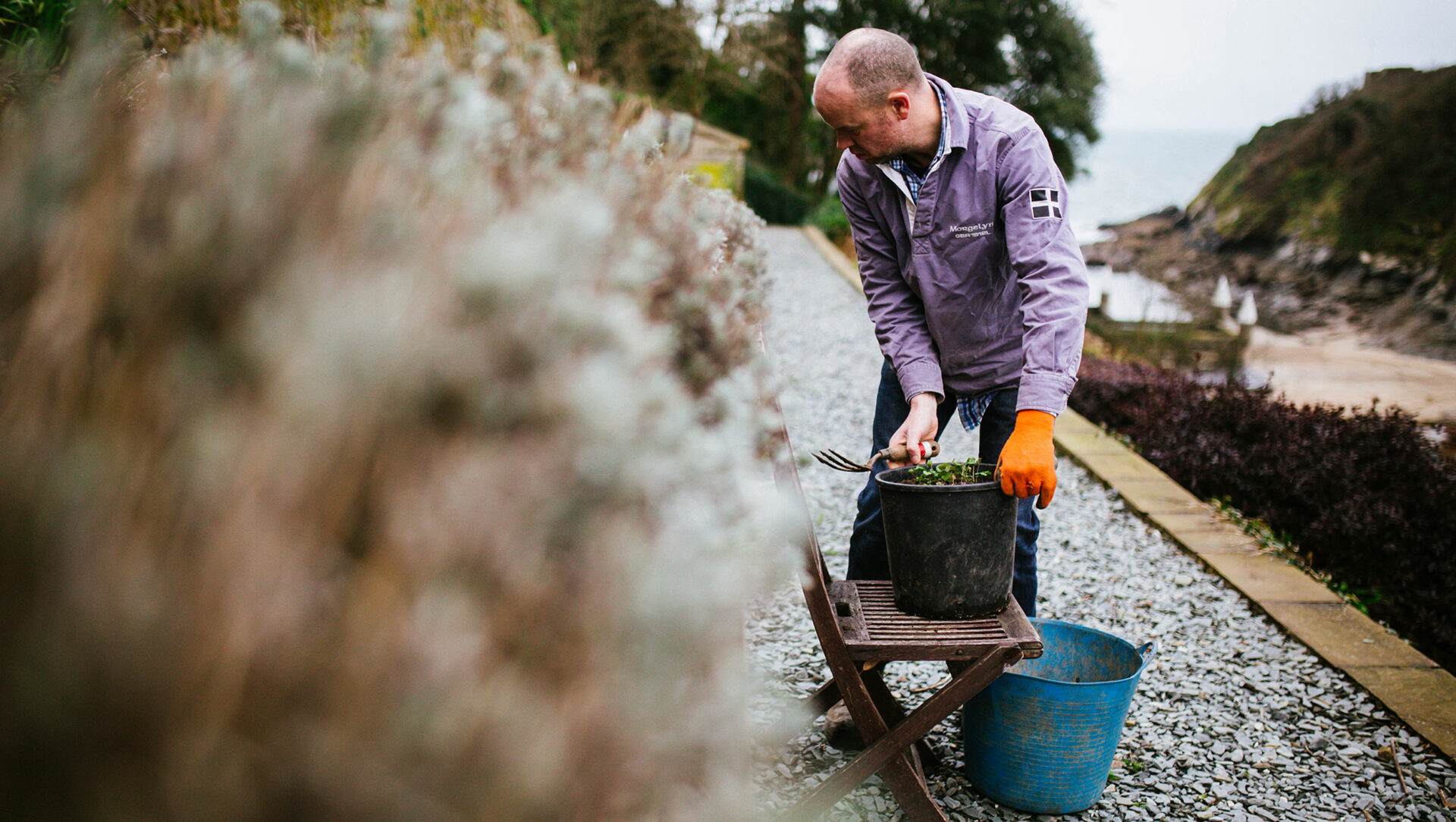 Darren Hawkes Landscapes have worked with Arco2 on a number of projects, bringing valuable insight to the development process and helping to add value to a property, both in monetary terms, and in terms of how the residents will be able to enjoy their home – beyond the interior walls. “What’s exciting about working with Ian and Nathan, is that they’re not bashful about architecture. It’s bold, it’s fun, it’s exciting. It’s contemporary. But it is also sympathetic, and so it’s noticeable.” This suits Darren and his team perfectly; projects that offer some license to be creative within the realms of the given environment, provide them with the perfect environment in which to thrive.

What about a typical client brief? What does that look like? “Most clients have quite a clear idea of what a space might be like. But unless they are really, really avid gardeners, or have lived in multiple places of different size and scale, a lot of people’s ideas tend to crumble once they step across the threshold and into the outdoors. This means that very often, our briefs are really, really loose.” He says that some may include necessities like the inclusion of space for a hammock, or for a firepit. But the magic really stems from a good relationship with the wider project team, rather than being informed by a clear-cut brief.

“Once we’ve worked with people and developed a good working relationship,” he continues, touching again on his close ties with Ian, Nathan and the Arco2 team, “we can often be a sounding board for the architects. While we would never dream of commenting on interior spaces or layouts, we can comment on the penetration of a building – the doors and windows, and how they provide accessibility to the outside space from the inside.”

Even once this sense of harmony and cohesion is achieved, we learn that a landscape designer’s work is never truly finished. “This is the nice thing about our work. You will have a point of hiatus when the project’s kind of finished and everybody stands back and thinks ‘okay, lovely’. But with a garden or anything exterior and exterior landscape, it’s never finished. It’s always changing, which means that very often we’re involved with projects for decades – checking in and going back to the site, revising and re-evaluating our work.”

Trees are a fine example of what Darren is talking about here. “If you plant trees, five years later, the space beneath them becomes shade, so you might need to change some of your planting. And as plants get bigger, the smaller ones you have around them may need editing. Gardening is always evolving, and we have clients we’ve worked with for more than ten years, for whom we’re still developing spaces.” Put simply, a great landscape designer should be thinking not only in terms of the first five years, but of the first 10, 20, 30 and beyond. And it’s precisely this level of foresight, combined with an ability to be fluid and open to the kind of flexibility that nature demands, that have secured Darren the reputation he and his team maintain today. 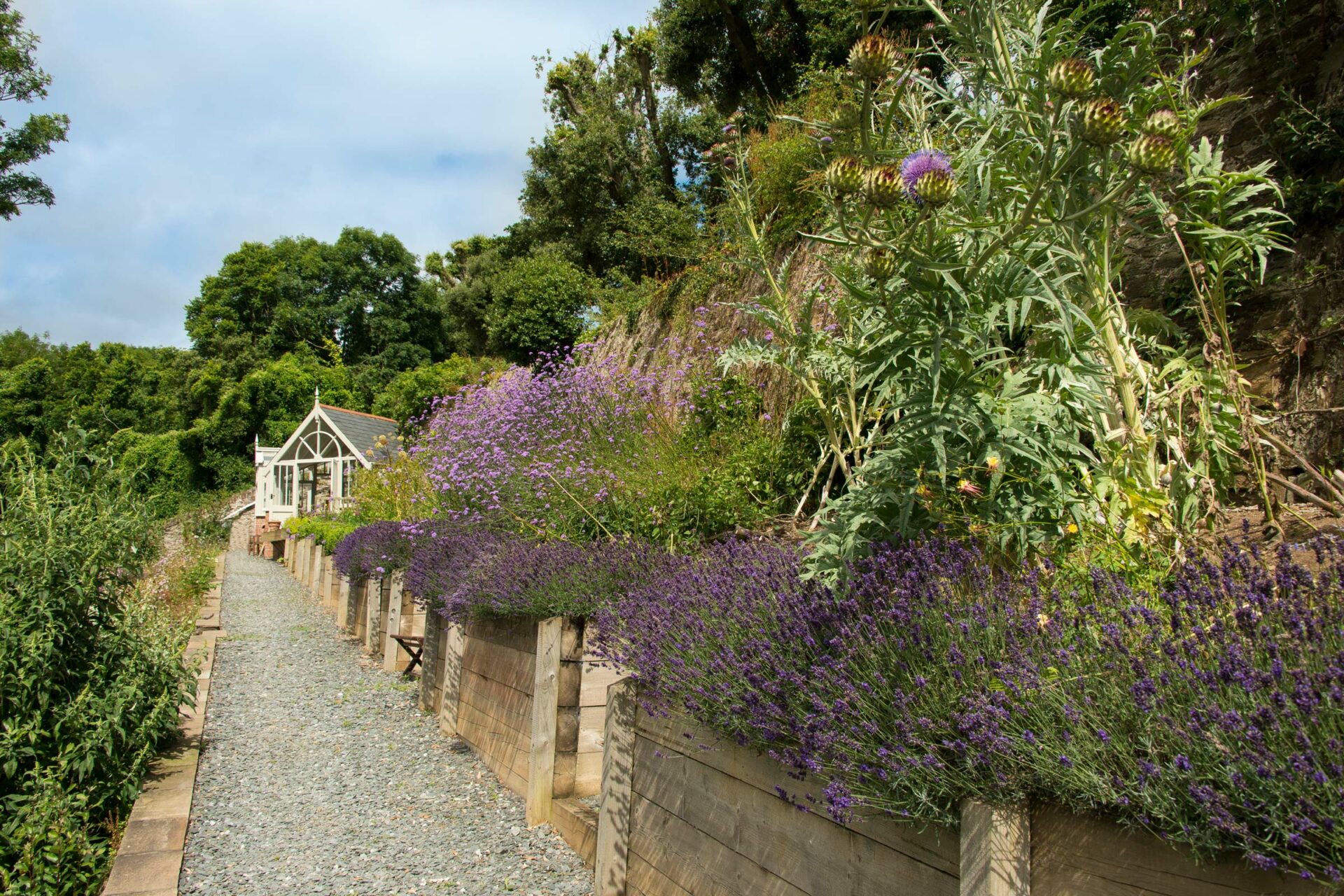 Necessarily visionary, with the ability to inspire change among a wider team of skilled experts, great landscape designers are fundamental to the enjoyment of the new property as a whole. In the realisation of greatness, when simply ‘meeting the brief’ just isn’t enough, collaboration is key, and a landscape designer is a fundamental part of the network of architects, tradesmen and artists that ultimately come together to surpass even the highest expectations.